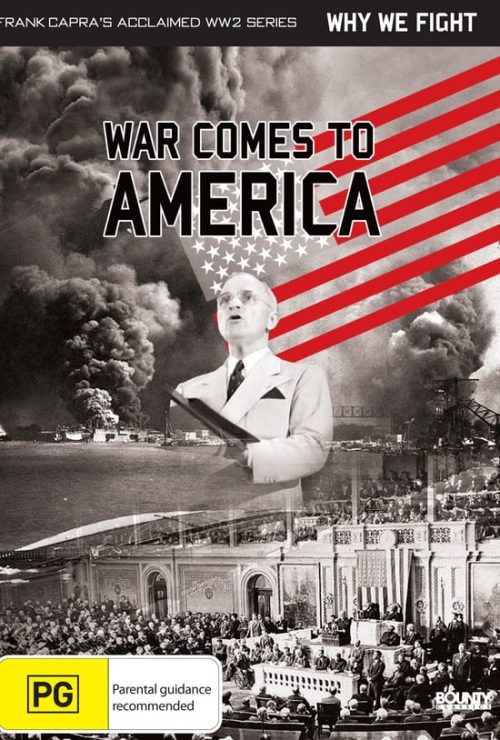 Why We Fight – War Comes To America (VOD)

Why We Fight – War Comes To America from Bounty Films on Vimeo.

War Comes To America shows how the pattern of Axis aggression turned the American people against isolationism. Capra’s synopsis: “Dealt with who, what, where, why, and how we came to be the U.S.A.—the oldest major democratic republic still living under its original constitution. But the heart of the film dealt with the depth and variety of emotions with which Americans reacted to the traumatic events in Europe and Asia. How our convictions slowly changed from total non-involvement to total commitment as we realized that loss of freedom anywhere increased the danger to our own freedom. This last film of the series was, and still is, one of the most graphic visual histories of the United States ever made.”