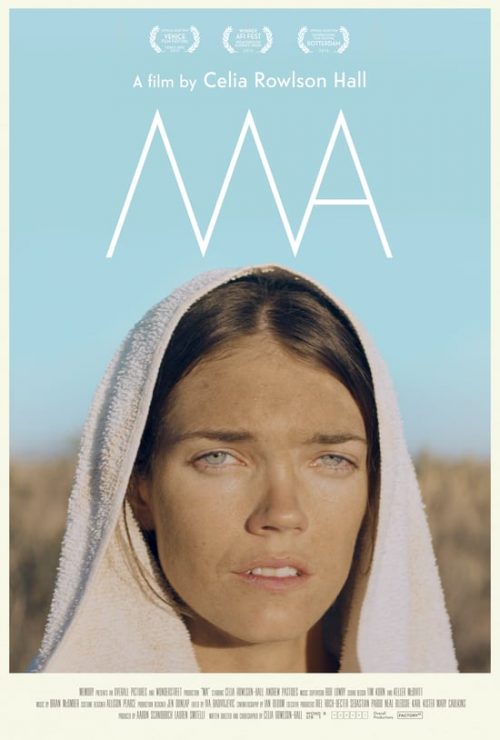 MA – a film by Celia Rowlson-Hall from Bounty Films on Vimeo.

A contemporary, choreographic road movie re-imagining of the Virgin Mary’s story, transposed to the bronzed American Southwest, Ma is a sublime study of gender, motherhood and mythology. It follows a young woman (director and choreographer Celia Rowlson-Hall) and her Oldsmobile-driving companion through the desert and into a motel – where a mysterious and confronting conception occurs – before reaching their fated destination.

Winner of the AFI Fest Breakthrough Audience Award, Ma is Rowlson-Hall’s feature debut, after having worked as a choreographer for bands including Sleigh Bells and MGMT, and with directors including Lena Dunham and Gaspar Noé, as well as on numerous short films of her own. Boldly dialogue free, it allows the actors’ impeccable and voluminous movement to drive the narrative, such as it is, through the scrupulously composed sound design and luminous cinematography. Proudly feminist, Ma is a visually poetic story for the ages.

“One of the year’s most original debuts … the cinematic medium has seldom felt as free as it does in Rowlson-Hall’s hands.” – Variety