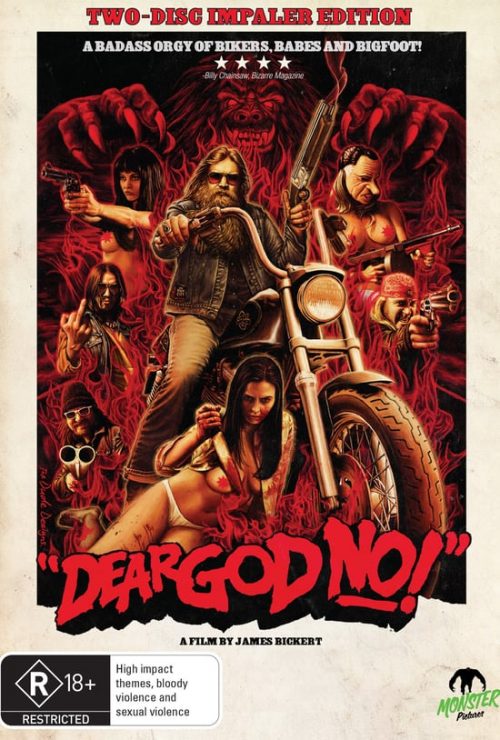 Dear God NO from Bounty Films on Vimeo.

“Everything from ultimate gross out gore to Nazi science, Nixon strippers, all kinds of gnarly biker violence, deviant S&M, a hick conspiracy nut, and of course Bigfoot are the mismatched ingredients that make up this odd little movie” – Aint it Cool