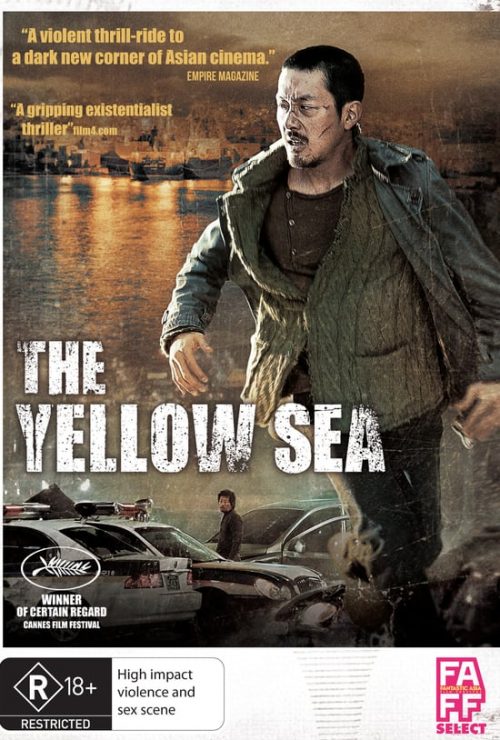 Na Hong-Jin stunned us in 2009 with his blistering debut feature THE CHASER, he follows up with this epic action masterpiece that breathes new life into the genre. Gu-Nam is a lonely taxi driver in China struggling with the burden of massive debts owed to the mob. He is offered a way out of his problems – travel across the Yellow Sea to Korea and make a kill. Gu-Nam accepts, and so begins a journey of violence, double-crosses and some of the most intense hand-to-hand hatchet action you are ever likely to see! THE YELLOW SEA blends multiple genres with ease offering up not only a magnificently exciting series of escalating action sequences but also one of the most compelling character drama’s in recent history.

“A breakneck mix of bone-crunching freneticism and bloody close-quarters knife-fighting with a strand of romantic melancholy.” – Los Angeles Times