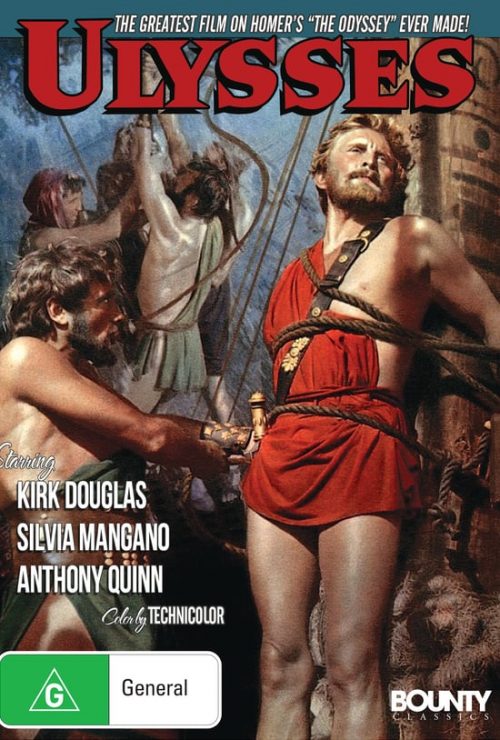 Ulysses from Bounty Films on Vimeo.

This very expensive Italian-made adaptation of Homer’s “The Odyssey” stars Kirk Douglas as seafaring hero Ulysses. The story begins, as ever, with Ulysses leaving his faithful wife Penelope (Silvano Magnano) behind as he goes off to fight in the Trojan Wars. Having the poor taste to set himself above the gods after a stunning military victory, Ulysses is doomed to journey aimlessly across the sea until he can make amends. Along the way, our hero battles a cyclops, resists the fatal singing of the Sirens, and enjoys a brief interlude with pig-fancying enchantress Circe (also played by Silvano Magnano). Years and years later, Ulysses returns to Penelope, where he must meet and master a final challenge.

“…the film is a tasteful and surprisingly literate work. Douglas gives a restrained and thoughtful performance and the production values are way above the run of Italian sword-and-sandal epics.” TV Guide