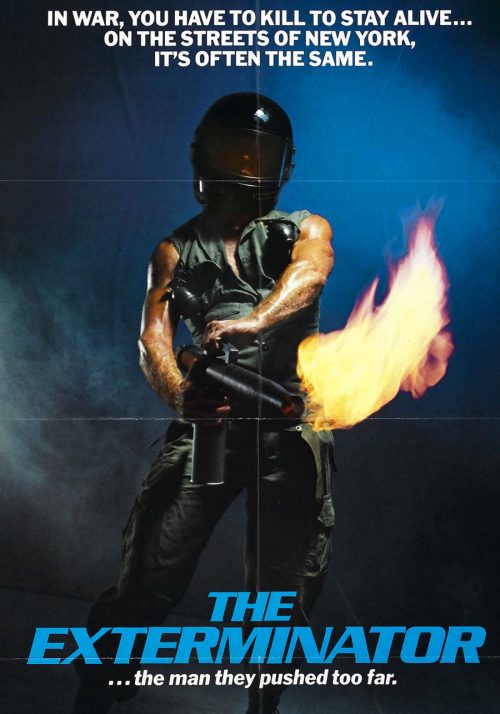 “The Exterminator is a sick example of the almost unbelievable descent into gruesome savagery in American movies.” – Robert Ebert

A man’s best friend is killed on the streets of New York City. The man (Robert Ginty) then transforms into a violent killer, turning New York City into a great war zone, and Christopher George is the only one to stop him.