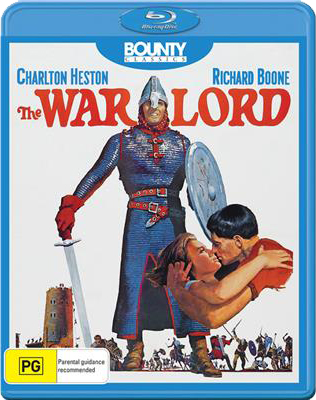 One of the finest historical adventure films ever made, The War Lord dramatises with uncommon intelligence and integrity the brutality, difficulties and injustices of the Middle Ages. Charlton Heston stars as Chrysagon, an honoured knight who takes over a castle tower in the swampland of Normandy to strengthen his duke’s authority. But his struggles to maintain power in the face of Pagan villagers, barbarian attackers and his brother’s jealous counsel are shaken by his growing weariness with bloodshed in a cruel world.