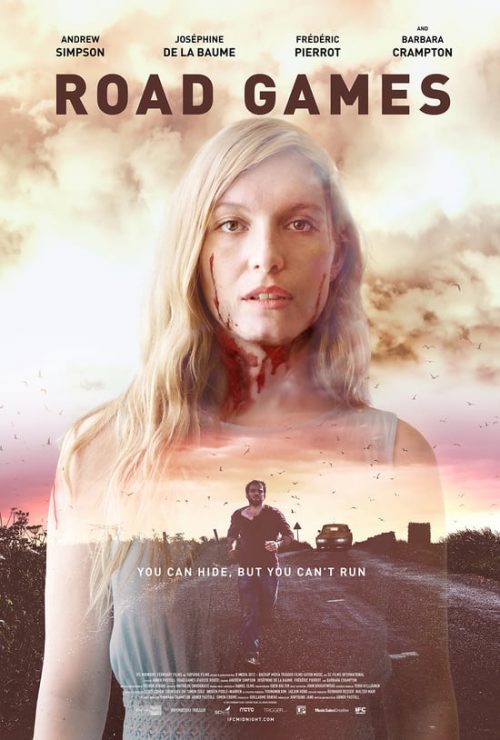 On a sunny summer day in the French countryside, drifters Jack (Andrew Simpson) and Véronique (Joséphine de La Baume) hook up and hit the road together. But when they accept a ride from a local oddball (Frédéric Pierrot), the pair finds themselves thrown into a deadly game of cat and mouse in which nothing is what it seems. Bursting with nonstop twists and turns and an undercurrent of Hitchcockian malice, this riveting psychological thriller is a hell of a ride. Legendary cult actress Barbara Crampton co-stars.

“For genre aficionados, this is a clever, refreshing take on an old story, and for everyone else, it’s simply thrilling to get lost in translation.” – FilmInk

“Writer-director Abner Pastoll delivers an accomplished, tense and unpredictable thriller that makes the most of a strong cast.” – SciFiNow