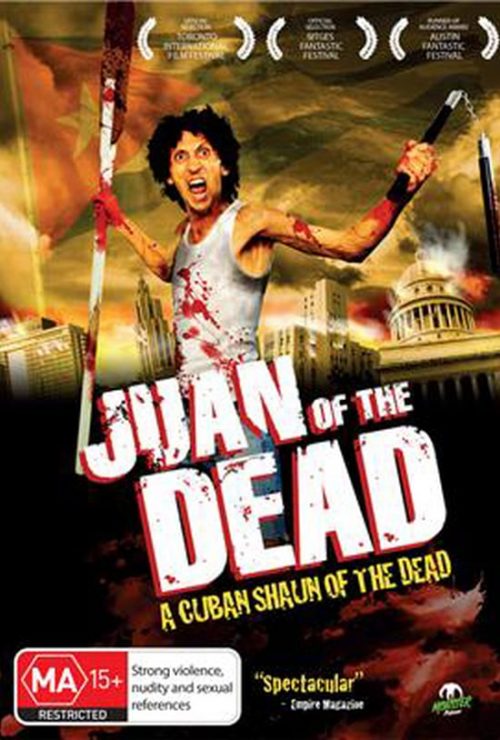 Juan of the Dead | VOD

At first, 40-something slacker Juan and his friends use the zombie hordes – that the government and media claim are just dissidents paid by the US government to cause trouble – gathering in Havana as a quick way to make cash by offering to kill the infected loved ones of their neighbours for a modest fee. As the crisis gets worse however, Juan must do something he has spent his whole life avoiding – take charge and lead his friends and family safely out of Cuba’s undead apocalypse.