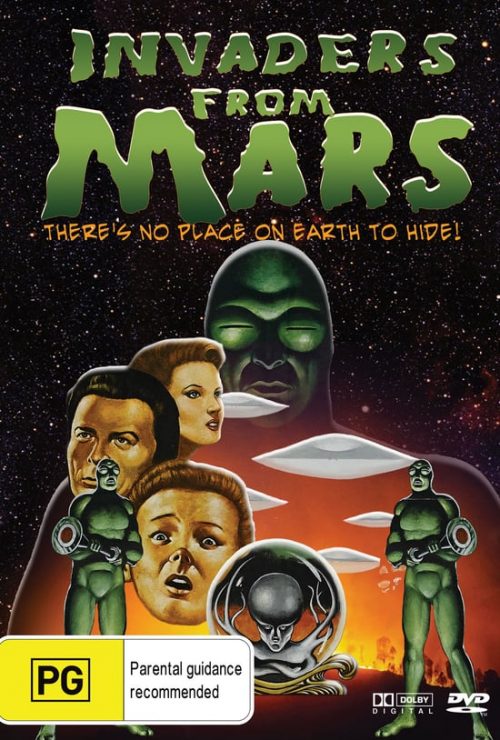 Invaders from Mars (1953) from Bounty Films on Vimeo.

One night, young David McLean sees a spaceship crash into a nearby sandpit. His father goes to investigate, but comes back changed. Where once he was cheerful and affectionate, he’s now sullen and snarlingly rude. Others fall into the sandpit and begin acting like him: cold, ill-tempered and conspiratorial. David knows that aliens are taking over the bodies of humans, but he’ll soon discover there have been far more of these terrible thefts than he could have imagined. The young doom-monger finds some serious help in a lady doctor and a brilliant astronomer. Soon they meet the aliens: green creatures with insect-like eyes. These beings prove to be slaves to their leader: a large, silent head with ceaselessly shifting eyes and two tentacles on either side, each of which branches off into three smaller tentacles. It’s up to the redoubtable earth trio to stop its evil plans.