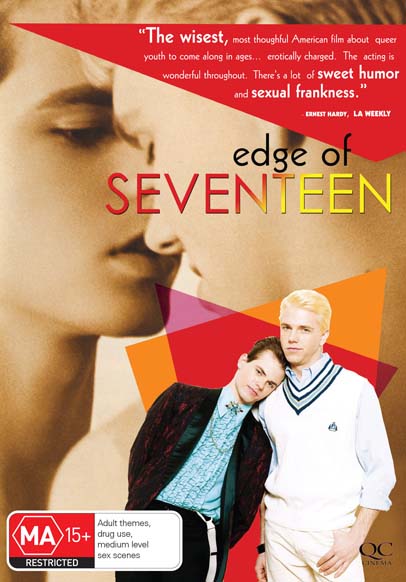 The summer of 1984 was about as 80’s as the 80’s ever got. Heading towards his senior year in high school, Eric Hunter begins to enter a world he doesn’t quite understand. After getting a summer job at a local amusement park, Eric is content to while away his time, hanging around with Maggie, his gal Friday. That is until he meets Rod, an openly gay college student. Sparks fly and Eric is forced to confront suppressed desires that he has no idea how to deal with. A funny entertaining and insightful coming-of-age tale, Edge of Seventeen is a classic in the genre of contemporary American gay cinema. Enhanced by a great 80’s soundtrack and a high-energy, upbeat tempo, David Moreton’s film is an invigorating and fresh take on the awkwardness of self discovery and falling in love for the first time.