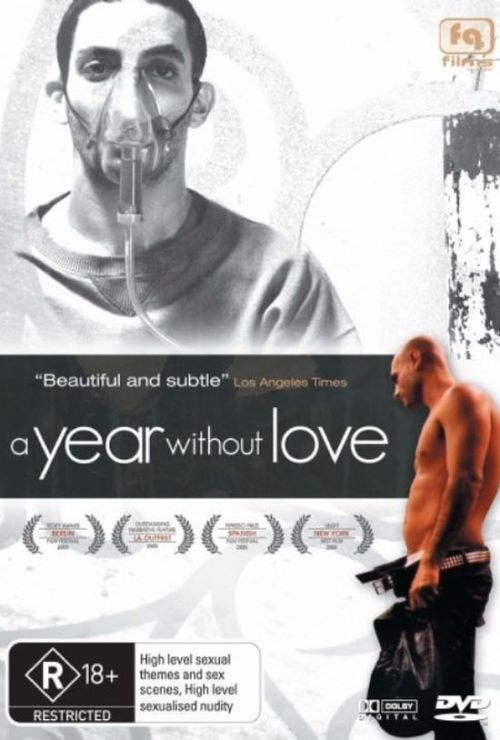 A Year Without Love | VOD

From the flat he shares with an addled aunt (Mimi Ardu), gaunt and lonely scribe and AIDS patient Pablo (Juan Minujin) forces himself to write, while composing personal ads that quietly beg “take me as slave or master” and making ends meet as a French tutor. It’s April 1996, and though the then-new Anti-Retroviral cocktail therapy is showing promise, Pablo frets that these and other therapies could be lethal. At the same time he seeks to ease his physical suffering, he tries to soothe his emotional pain by cruising gay clubs looking for that one last great love. When he falls in with a shadowy bondage crowd, Pablo discovers a way to transform the pain of his disease into an extreme form of pleasure.The Teddy Award winner at the 2005 Berlin International Film Festival, A Year Without Love is a moving portrait of a gay man in search of connection – and a cure.

“The openness of Minujín’s understated, expressive portrayal lies at the core of an equally impressive film — beautifully but unpretentiously shot and scored with spot-on supporting performances.” – Los Angeles Times