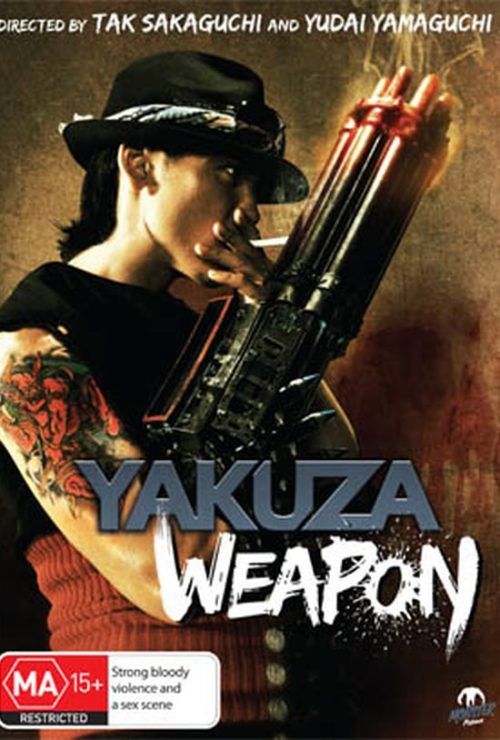 After his father is killed, a young yakuza comes back to Japan for revenge – and a machine gun for an arm.

“The film is certainly action packed and violent throughout, even more so than other similarly themed efforts, and it’s hard to imagine even the most jaded of genre fans not being impressed.” – Beyond Hollywood