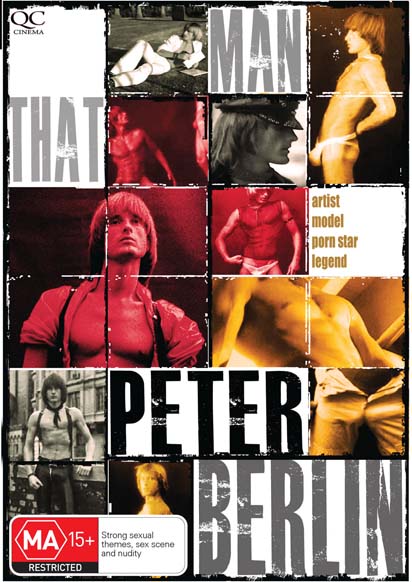 With his trademark Dutchboy haircut and oh-so-tight trousers, Peter Berlin was the gay poster boy for the hedonistic and sexually liberated 1970s. Jim Tushinski’s fascinating documentary traces Berlin’s story from his childhood in wartime Germany to his current life in San Francisco. A talented artist, photographer, and filmmaker, Peter Berlin was his own biggest creation, a carefully constructed, unattainable icon awash in eroticism. Berlin?s fans and friends, including John Waters, Armistead Maupin, Jack Wrangler, and Wakefield Poole offer their comments and stories, but Berlin himself, still looking remarkably boyish in his early 60s, provides the most illuminating commentary. Co-produced by Lawrence Helman (Sex Is…) and packed with an astonishing archive of photos and film clips, many never before seen, That Man: Peter Berlin is an entertaining and revelatory look at the man behind the famous image.