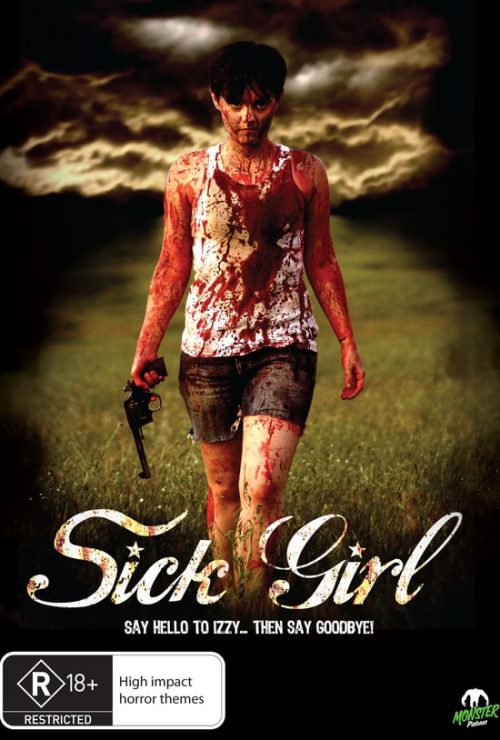 Seriously messed-up young gal Izzy isn’t having an easy time of it: Both her parents are dead, her older brother Rusty is fighting overseas in Iraq, and she has to raise her younger brother Kevin by herself. Moreover, Izzy lets off steam by not only killing people, but also by torturing several folks she has tied up in the barn right next to her house. After catching a trio of bullies picking on Kevin in school, Izzy blows a gasket and embarks on a vicious rampage.