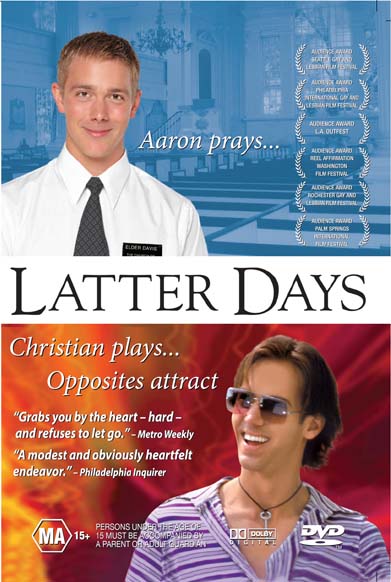 Aaron Davis (Steve Sandvoss) and Christian Markelli (Wes Ramsey) are two of the most opposite people in the world. Aaron is a Mormon missionary who is passionate about his faith and his family. Christian is a shallow West Hollywood waiter who looks forward to bedding a new guy every night. After Aaron and three other missionaries move into the apartment across from Christian, friends of the party boy bet him $50 that he can’t get one of his staunchly homophobic neighbours into the sack. Not afraid of a challenge, Christian sets his sights on the lovely Aaron, but he’s going to risk a lot more than he bargained for…These two star-crossed lovers in sunny L.A. will learn hard lessons in loss, forgiveness and love in order to get to the thing that matters to them most: each other.