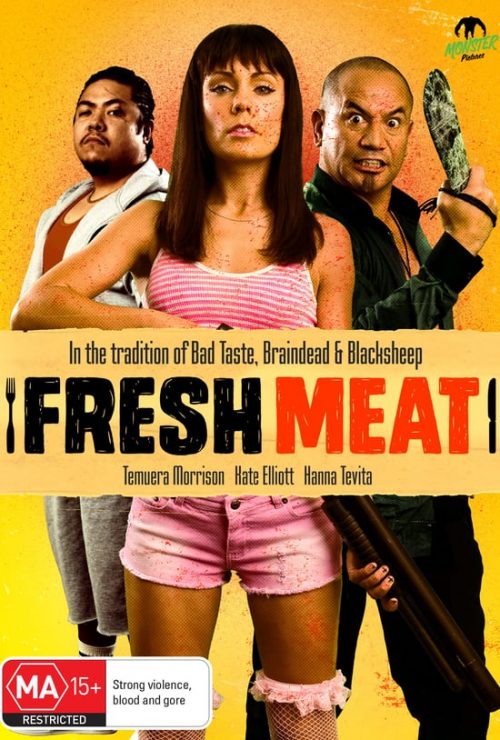 When a dysfunctional gang’s prison breakout goes violently wrong, they need a hideout in a hurry. Picking the McMansion of a middle-class family in the suburbs seems like a safe bet, until it becomes clear that this particular family has reintroduced some very old-fashioned cuisine to their table. Will the Tans escape the trap, or is there gangster in the casserole tonight? A gruesomely funny, no-holds-barred comedy with style to burn, Fresh Meat will leave you hungry for more.

“…while Mulheron’s film works perfectly well as an over-the-top caper-like cluster***k of clashing values and transgressive tropes, it also has just enough locally sourced meat on the bone to emerge with its own peculiar textures and flavours. ” Cinetalk