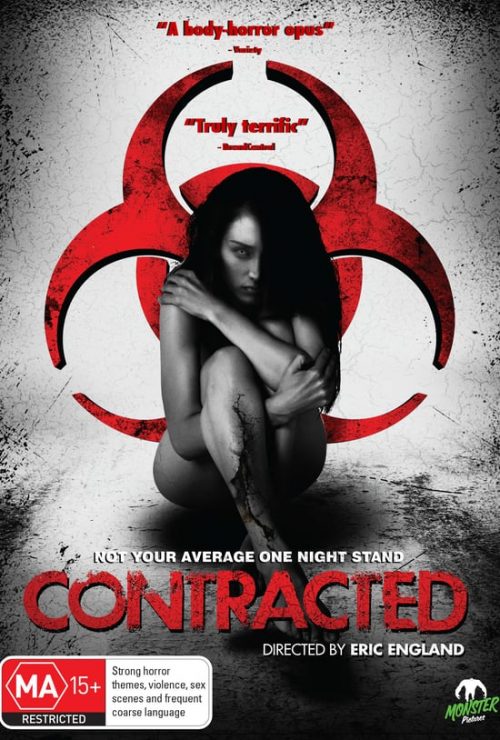 Contracted from Bounty Films on Vimeo.

As her rash rapidly turns to rot, as her menstrual flow becomes a river of blood and gore, as her eyes become shot and rheumy, as her lips develop blisters, as her hair, nails and teeth begin to fall out, Sam begins to regret last night.

” “Contracted” can best be described as “Contagion” meets “Blue Is the Warmest Color,” without all those explicit sex scenes. ” – Los Angeles Times