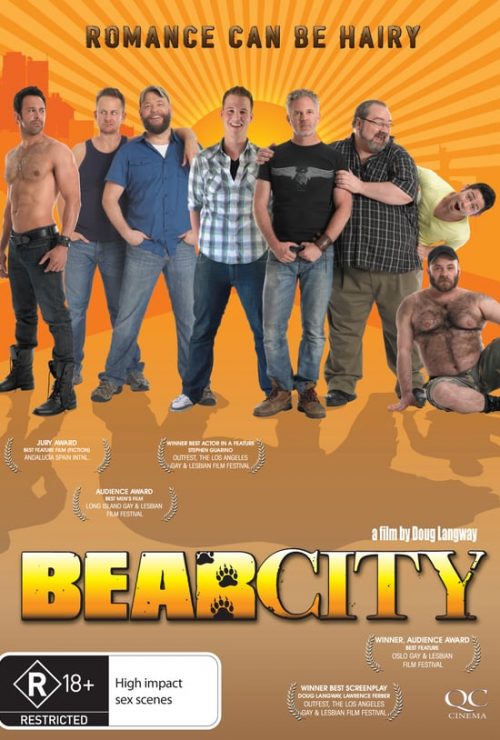 It’s summer in New York City, and the neighborhood bears are coming out of hibernation. A group of friends is getting ready for the annual week-long celebration of all things bear, but plans keep getting turned upside down. BearCity is Queer As Folk meets Sex in the City — only with more hair and tons of hot bear-on-bear action! Closet cub Tyler fantasizes about stuffing Santa’s stocking and finding a Daddy bear to do more than cuddle. But as he dives into the bear community, he finds that it can be hard for a hairless guy to get some fuzzy loving. Scene stealers Brent and Fred are the maybe-not-so-monogamous couple who invite him to move in as they figure out how to spice things up. Southern bear-belle Michael struggles to juggle his lover, his job search and his body image issues, but an embarrassing wardrobe malfunction might solve all three. Rakish Roger is the stud-about-town, and he’ll pretty much bang (on screen) anyone with facial hair. That is, until an awesomely awkward encounter at the local bowling alley challenges both his bowling prowess and his bear-loving mojo. Add to that some adorable eye-candy, an indispensable fairy-god-roommate, beer busts and “stroller meat,” and BearCity makes for a quirky, beartastic summertime romp.

“A barrel of fun” – Village Voice