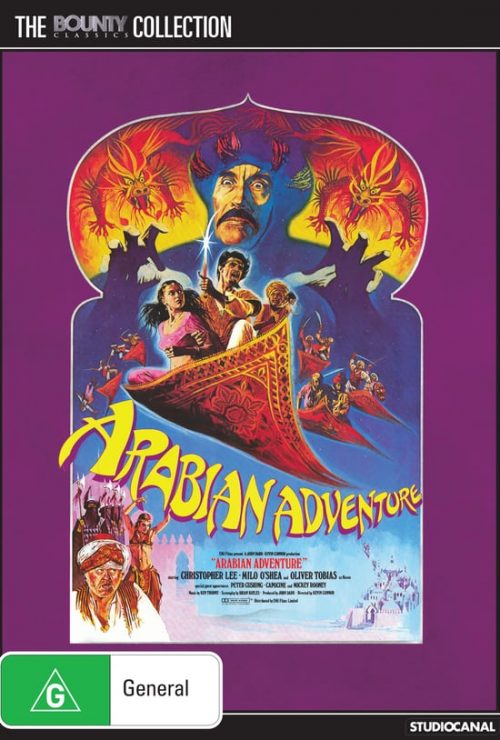 An evil caliph (Christopher Lee) offers his daughter’s hand in marriage to a prince if he can complete a perilous quest for a magical rose. Helped by a young boy and a magic carpet, Prince Hasan (Oliver Tobias), has to overcome genies, fire breathing monsters and treacherous swamps to reach his prize and claim the hand of the Princess Zuleira (Emma Samms).