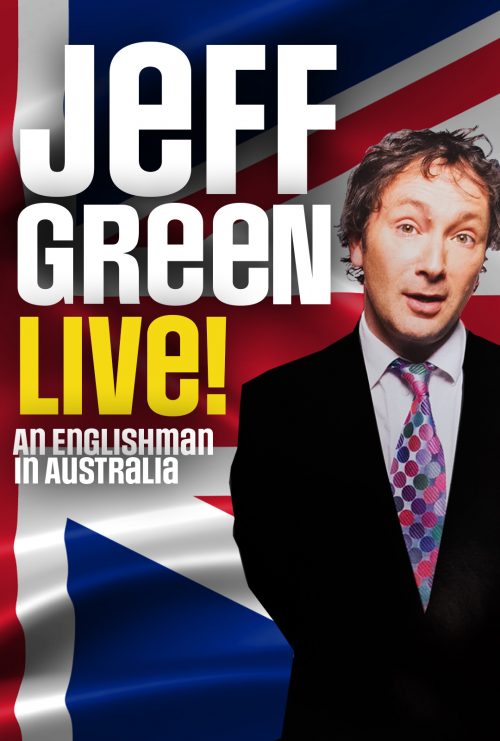 Join Award-winning Brit comic Jeff Green for a cracking night of hilarious stand-up comedy as he wows an appreciative audience in Australias best loved theatre, the world famous Theatre Royal, Hobart, Tasmania. Jeff has become a well known face and voice on Australian TV and radio since arriving for his first Melbourne International Comedy Festival performance in 1996. Now an Australian resident, Jeff’s trade mark shows are a kaleidoscope of jokes, piercing insights and exquisite misdirections. His delivery fast, unrelenting, those eyes twinkling. Laughter snowballs as you watch a man out of his depth struggle vainly against the arresting bonds of family life, moving to Australia and his new cat!Jeff is hugely in demand in the UK, Europe and Asia his stand-up comedy background is impressive: A solo West-End season, three full length UK TV comedy specials and now for the first time a stand-up performance filmed in front of an Australian audience. Sit back and enjoy! DVD extras Jeff Greens The A – Z of Relationships. Exclusive Interview with Jeff Green discussing moving to Australia and his life as a stand-up comedian.