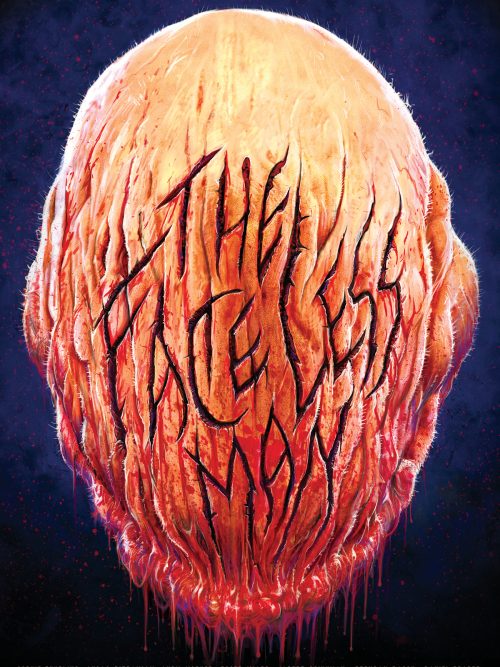 “One of the best films of the year” – Film Treat
“One of the most terrifying creatures in horror” – Movie Review 101
“Deliciously marcabe” – Surgeons of Horror
“One Hell of a Ride” – Grumesome Magazine
“Evil Dead Meet Reservoir Dogs”- Reel Reviews
“Oozes Cult Film From Frame 1” – Screen Space
“You Never Know What You’re In For” – Monsters, Madness and Magic
“Loveable, lurid and guiltity entertaining” – FilmInk
“Creates an Aura of Anxiety from Beginning to End” – Horror Fix
“Outstanding Performances and master writing” – Nova Stream
“The New Face of Ozploitation” – Brian Trenchard-Smith

Three years after Emily has recovered from cancer, she struggles to adjust back to everyday life. Living in fear of redeveloping the fatal disease, a manifestation haunts her from the depths of her subconscious in the form of a faceless creature; her fear incarnate… Or is it? Emily’s best friend Nina organizes a weekend endeavour with some friends to a holiday house secluded in an outback town as a way for Emily to loosen up and have some fun. What started as a casual party weekend soon turns into a series of unusual events. The Holiday house rests in the town of “Orange Lodge” known far and wide as a good town with good people… However they have a strong no drug policy and will go to extreme lengths to prevent any drugs from entering this town. The group experience first hand the unsettling and hostile nature the people of this rural town like to treat city folk. Emily and her friends find themselves terrorized by the faceless creature stuck somewhere between reality and subconsciousness, while simultaneously being harassed by both the locals so called law and deadly Russian mobsters trailing a specific package of stolen goods.