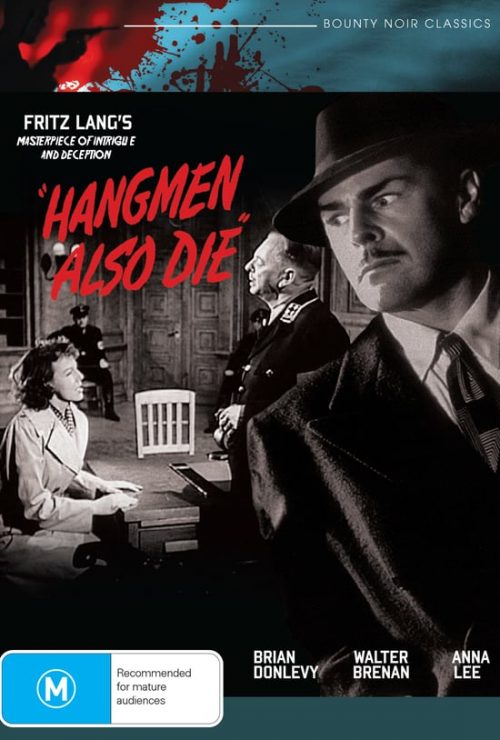 Rhis film is set in Czechoslovakia during the Nazi occupation. Czech loyalist Brian Donlevy assassinates the vicious Gestapo leader Heydrich, then goes into hiding. Fifth columnist Gene Lockhart arranges for 400 Prague citizens to be rounded up as hostages, to be killed if Heydrich’s assassin is not revealed.

“Superb performances throughout, while James Wong Howe’s photography perfectly captures the spirit of the occupied city, where hiding places are few and far from safe”. – Time Out