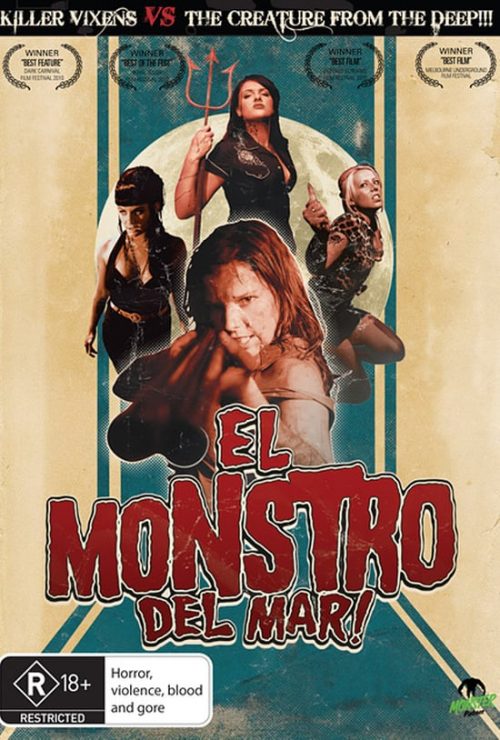 Three gorgeous but deadly hired killers, Beretta, Blondie and Snowball, hole up in a small beachside community after their murderous actions attract the wrong kind of attention. But not all is as it seems in this small town. A few of the locals try desperately to warn them of the dangers of going into the water but these crazy vixens listen to no one and they brazenly take to the sea. Unbeknownst to them however, their seaside frolic has awkened a horrifying beast from the depths of the ocean. It isn’t long before these sexy sirens are hip-deep in trouble as the sea itself rises in a tidalwave of blood and they face the fight of their lives against the terrifying Kraken.

“Simpson’s low-budget, high-energy burlesque-infused bloodbath is a style-over-substance shocker that brazenly dares audiences not to bestow upon it cult status and midnight-screening high priority.” – SBS Movies