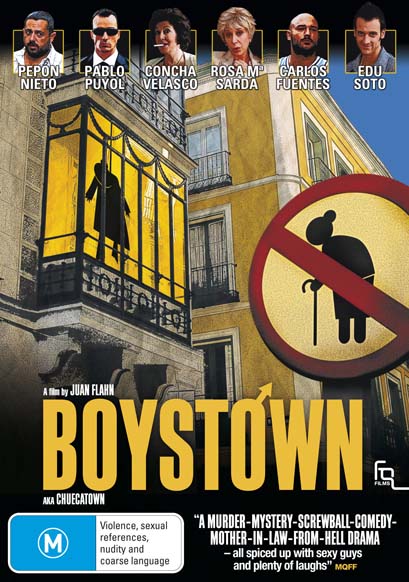 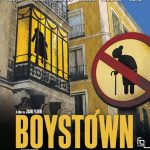 It’s time to clean up the neighbourhood! Victor has a goal; he wants to turn the Chueca neighbourhood into a real estate paradise for hot-blooded gay couples. He’ll do anything to make that happen… even murdering the old ladies who refuse to sell their apartments. His latest victim leaves her apartment to her neighbours, lovable couple Rey and Leo. Rey gives it to his mother, Antonia but as much as he loves Rey, Leo is against the decision; he doesn’t like Antonia and Antonia despises him. However, Rey has unwittingly moved Antonia into Victor’s firing line. Even with the neighbour’s murder being investigated by the eccentric detective, Mila, and her son luis, Victor sets his mind on seducing Leo in order to gain access to the apartment…And Antonia.