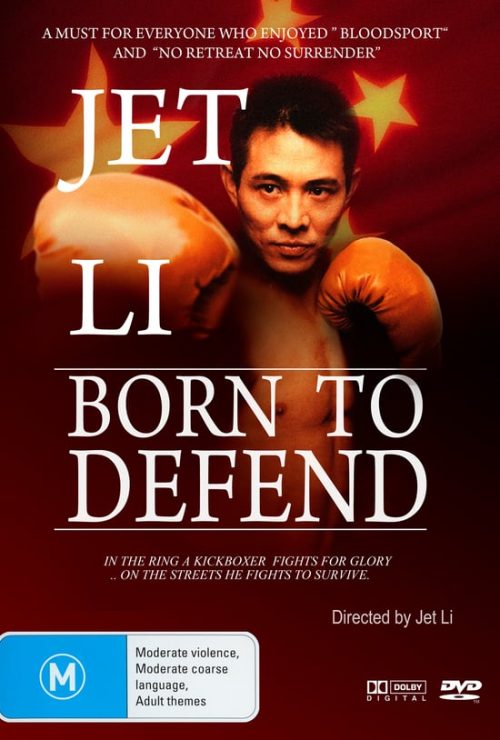 Born to Defense (1986) from Bounty Films on Vimeo.

Produced in Mainland China by Sil-Metropole, this action picture marked the first directorial work by international martial arts icon Jet Li. He also stars in the film as a young kung-fu expert who fights back against the heartless American soldiers routinely bullying the Chinese populace in the days after World War II (needless to say, the film’s viewpoint is slanted in an extremely anti-Western direction bordering on agitprop). First beating one loud-mouthed sailor in a kickboxing contest, the valiant Li gives his prize money to the poor and becomes a rickshaw driver. The Americans destroy his rickshaw and trick Li into allowing himself to become a sparring partner for their fighting practice, a setup engineered with the aim of repeatedly beating the cocky Chinaman to a bloody pulp. The climax of the setup occurs in a driving torrential rain, as he is pitted against the huge Navy captain, and their battle results in a large-scale melee as Li improbably defeats his towering foe. To punish his impudence, the Americans then murder two of Li’s friends and frame him for the slayings, setting up the hero’s inevitable jailbreak and retaliatory triumph. The film’s structure is aimed at portraying all the Americans as vicious sadists, so Li spends a majority of the 92-minute running time being savagely beaten, only to repeatedly come back for more and emerge victorious. Zhao Erkang co-stars with Song Jia and the hulking Kurt Roland Pettersson, whom one might suspect would get the better of Li in a real fight