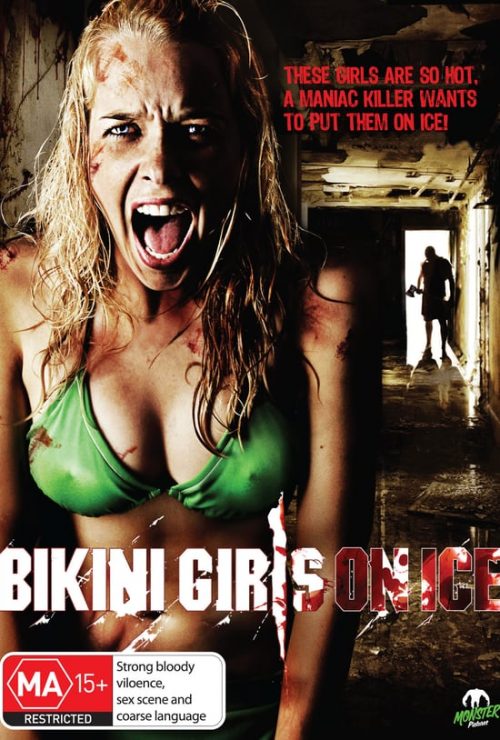 Bikini Girls on Ice from Bounty Films on Vimeo.

When a bus-load of women’s college soccer players get stranded on their way to a bikini car-wash fundraiser, they decide to set-up shop in front of an abandoned gas station on the edge of town. Little do they know the place is the stalking-grounds for a homicidal maniac mechanic named Moe.