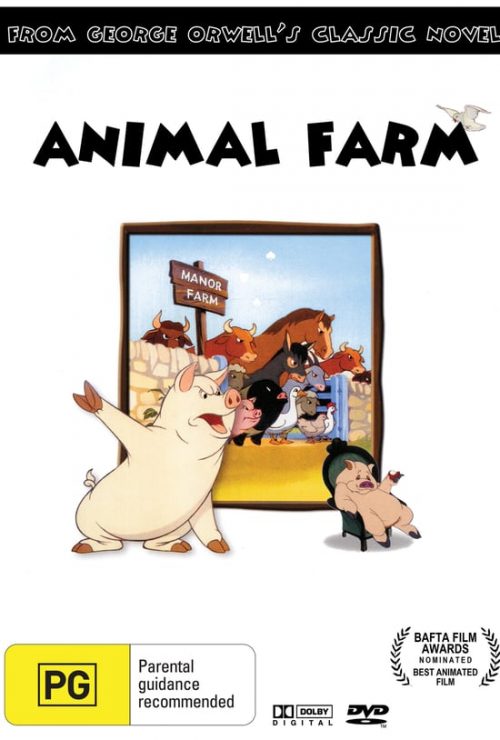 In this animated film based on George Orwell’s novel, animals on drunken Mr. Jones’ (Maurice Denham) farm, led by prize hog Old Major (also Denham), gather to discuss their abuse. Old Major exhorts the animals to rebel. Boxer the horse, donkey Benjamin, pigs Snowball and Napoleon and the others agree, and when Old Major dies, they turn against Jones. But Napoleon secretly raises a group of puppies to do his bidding, and over time the efficiently run farm falters as Napoleon schemes to take over.