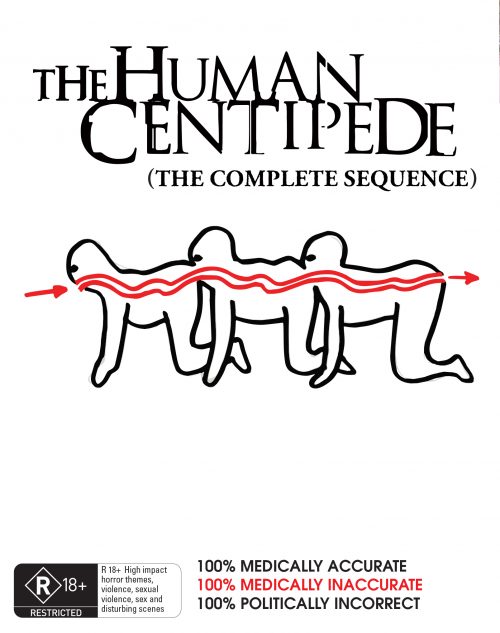 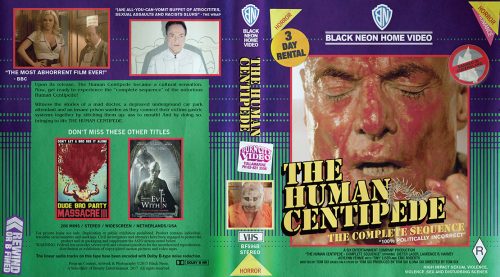 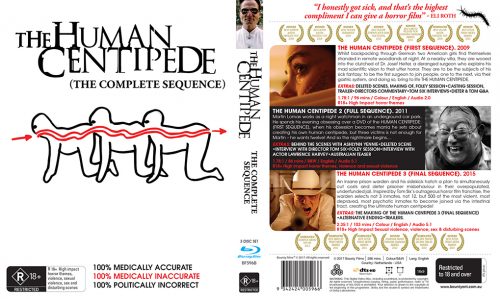 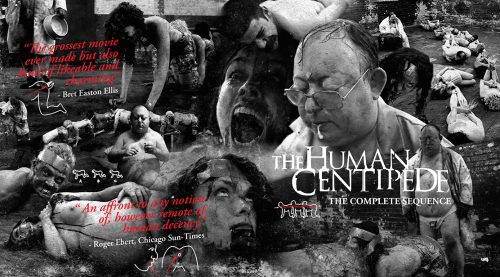 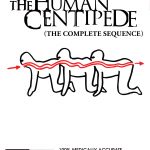 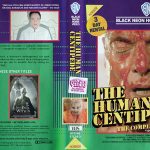 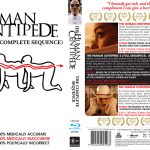 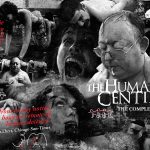 The Human Centipede
During a stopover in Germany in the middle of a carefree roadtrip through Europe, two American girls find themselves alone at night when their car breaks down in the woods. Searching for help at a nearby villa, they are wooed into the clutches of a deranged retired surgeon who explains his mad scientific vision to his captives’ utter horror. They are to be the subjects of his sick lifetime fantasy: to be the first to connect people, one to the next, via their gastric system, and in doing so bring to life ‘the human centipede’. Truly one-of-a-kind, Tom Six’s twisted biological horror film THE HUMAN CENTIPEDE confidently goes where few films have dared to go. The sick vision of a demented surgeon, a role portrayed so brilliantly by Dieter Laser it is sure to join Freddy, Jason, and Leatherface in the horror pantheon, is a 100% medically accurate nightmare.

The Human Centipede 2
Mentally disturbed loner Martin, who lives with his mother in a bleak housing project, works the night shift as a security guard in a foreboding underground parking complex. To escape his dreary existence, Martin loses himself in the fantasy world of the cult horror film The Human Centipede (First Sequence), fetishizing the meticulous surgical skills of the gifted Dr. Heiter, whose knowledge of the human gastrointestinal system inspires Martin to attempt the unthinkable.

The Human Centipede 3: Final Sequence
Bully prison warden Bill Boss, leading a big state prison in the US of A, has a lot of problems; his prison statistically has the highest amount of prison riots, medical costs and staff turnover in the country. But foremost he is unable to get the respect he thinks he deserves from his inmates and the state Governor. He constantly fails in experimenting with different ideas for the ideal punishment to get the inmates in line, which drives him, together with the sizzling heat, completely insane. Under threats of termination by the Governor, his loyal right hand man Dwight comes up with a brilliant idea. A revolutionary idea which could change the American prison system for good and save billions of dollars. An idea based on the notorious ‘Human Centipede’ movies, that will literally and figuratively get the inmates on their knees, creating the ultimate punishment and deterrent for anyone considering a life of crime. Having nothing to lose, Bill and Dwight create a jaw-dropping 500-person prison centipede.