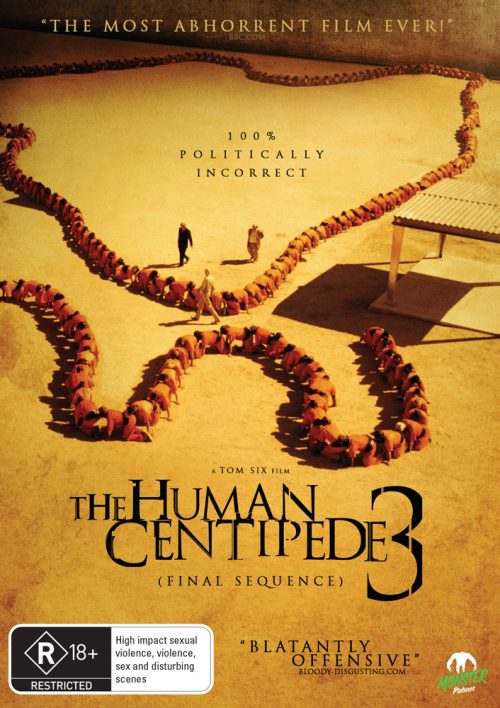 An insane prison warden and his sidekick hatch a plan to simultaneously cut costs and deter prisoner misbehaviour in their overpopulated, underfunded jail. Inspired by Tom Six?s outrageous horror film franchise, the warden selects not three inmates, not 12 inmates, but 500 of the most violent, most depraved, most psychotic inmates to become joined via the intestinal tract, creating the ultimate human centipede!

Uniting the stars of the first two films (Dieter Laser & Laurence R. Harvey) THE HUMAN CENTIPEDE 3 (Final Sequence) is the finale the world?s sickest franchise deserves. Nasty, revolting and utterly deplorable, if you thought Parts 1 and 2 were gross, trust us, you ain?t seen nothing yet!