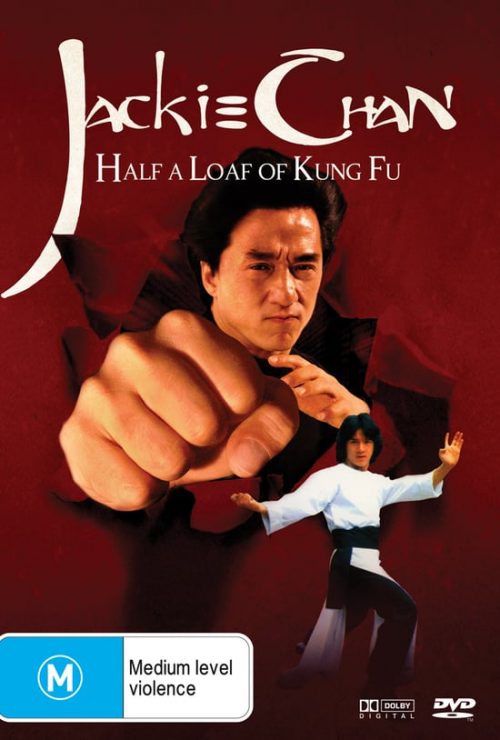 Half Loaf of Kung-Fu | VOD

An early comedic effort from one of today’s greatest physical comedians, Half a Loaf of Kung Fu is a parody of many of the melodramatic kung fu movies that were coming out of Hong Kong in the 1970s. The credit sequence sets up the tone as Chan performs a dream sequence full of tongue-in-cheek kung fu moves and visual puns. (Chan’s ninja is revealed to be a beggar, his priest chews out a group of monks only to then have to do chores himself, and there’s even a reference to Jesus Christ Superstar!) Chan plays Jiang, a hapless orphan who is amiable enough but always getting into trouble. In dreams he is a skilled fighter (with the help of eating spinach à la Popeye), but in reality he’s sort of a dope. A kind beggar and an opportunistic traveler with a bad case of gas teach him skills that bring him into the employment of the Sern Chuan Bodyguards, who are protecting a priceless gemstone–the Evergreen Jade. A band of robbers attempts a heist and Jiang and his flatulent friend defeat the crooks in comic style. Originally shelved in 1978 by director Chan Chi Wa (who directed Chan in Snake and Crane Arts of Shaolin), Half a Loaf of Kung Fu was released in 1980 after Chan’s popularity rose.