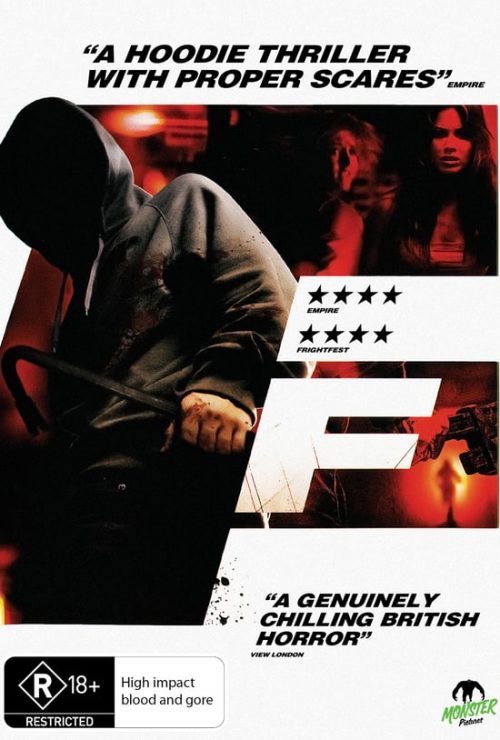 “””Welcome to the school of hard knocks”” –A group of teachers and students are locked inside a school after hours as a gang of hooded killers intent on murder set out on a blood-soaked rampage. Chased through the dark corridors and classrooms, the ensnared group must outfight and outwit their brutal attackers in an escape bid that will push them to the very limits of survival. David Schofield plays Robert Anderson, a middle aged teacher at a North London school. His teenage daughter Kate is in his class as is a chav who doesn’t react well to being given an F for an essay. When Anderson gives the chav a belittling in front of the class, the chav attacks him. Anderson’s faith in his abilities, in his students and in the school system is more or less destroyed by this one act. The Head and the governors are more concerned with avoiding legal action from the boy’s parents as well as avoiding finding fault with anyone while Anderson is unable to return to the man and teacher he was. Several months later, his wife has left him, his daughter thinks he’s a loser and his colleagues know he’s drinking too much. Placing his daughter in detention simply to spend time with her, Anderson doesn’t know things are about to get much worse in the shape of silent hoodies who have come to lay siege to the school.