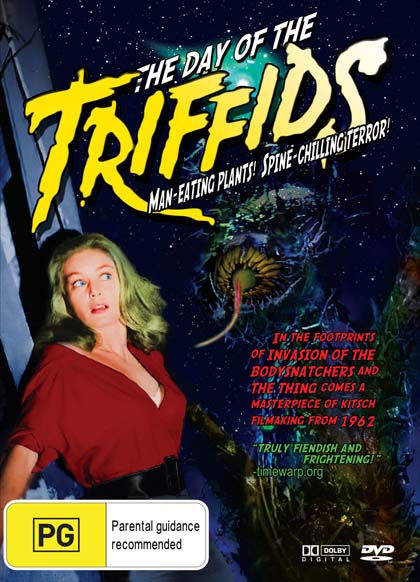 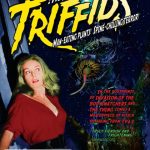 Day of the Triffids

A shower of meteorites produces a glow that blinds anyone that looks at it. As it was such a beautiful sight, most people were embed?ng, and as a consequence, 99% of the population go blind. Things get really bad when alien plants known as Triffids, whose spores have arrived in an earlier meteor shower, start killing people and feeding off their carcasses.