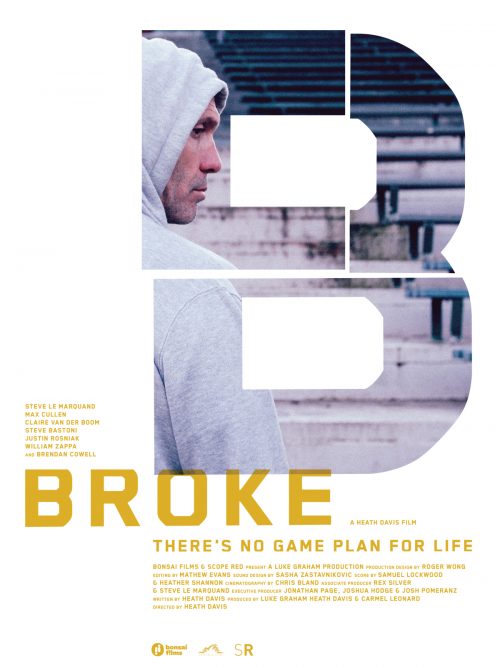 “While Broke deals with some heavy and bleak themes, Davis keeps the film from revelling in the horrors of addiction and destitution. Strangely peaceful and laced with optimism, Broke is a beautiful film.” – Film Blerg

A disgraced sports star and gambling addict attempts to turn his life around with the support of his number one fan.