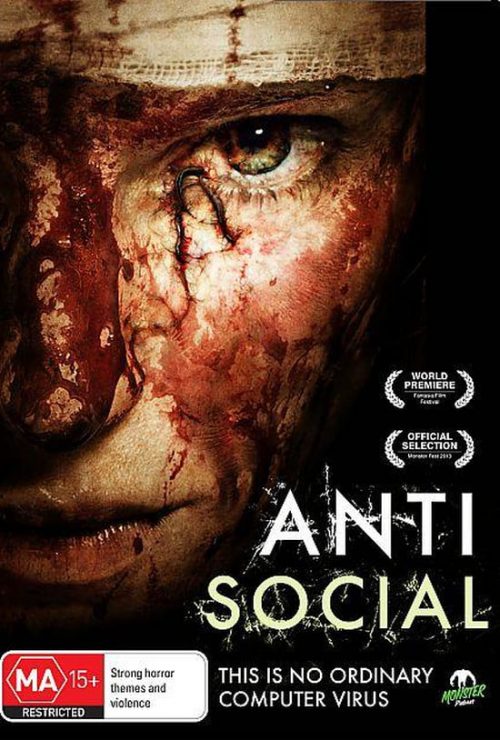 After being publicly dumped by her boyfriend on the social networking site The Social Redroom, celebrating New Year’s Eve is the last thing Sam wants to do. Unfortunately, when she arrives at her friend Mark’s house looking for some comfort, she finds a house party already in full swing. She would leave, but it seems things outside are even worse. A contagious pandemic of violence, suicide and paranoid hallucinations has broken out world-wide, and the cause is unknown. With the house in lockdown mode, the party goers take to the internet looking for answers, but what they find suggests that locked doors and barricaded windows might not be enough to stop infection.

“… it seems Canada can produce great horror – no matter the subject – and this is yet another example of a Canadian horror that hits all the right notes.” – Nerdly