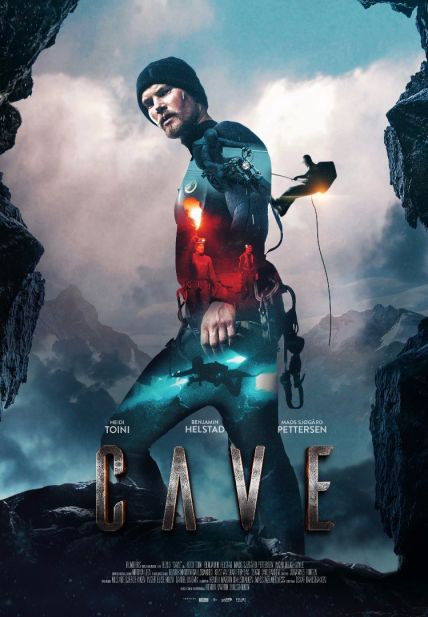 “Cave is an exciting and claustrophobic thriller with extremist tendencies.” – CINEMA SCANDINAVIA

The three friends Charlotte, Adrian and Viktor are in their late 20s and got to know each other during their service in the Telemark Battalion in Afghanistan between 2010 and 2012. Adrian and Charlotte later became a couple, and both of them still works for the army. They are all interested in extreme sports and physical challenges, and have for a long time planned the descent into an unexplored cave system deep into the mountains. A couple of years earlier, two foreign divers drowned while exploring a part of the same cave. One of the divers was never found, and in the time that followed the cave was closed off. The three friends defies the restrictions, and with no back-up they begin their journey, which includes rafting, rappelling, cave climbing and subterranean diving. They have estimated that the exploration will take about 48 hours, and the goal is to find an exit on the opposite side of the mountain, in the unexplored part of the cave, and will therefore be the first people who will ever explore the cave and make it out alive. Contrary to their beliefs, what meets them in the narrow, damp darkness is their worst nightmare.