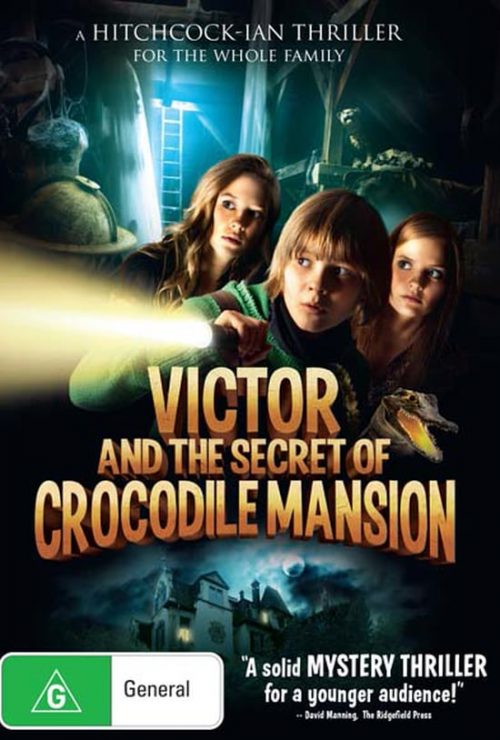 Category: VOD Tag: Victor and the Secret of Crocodile Mansion

Victor is thrilled and mystified when his family moves into his grand-uncle’s somber mansion filled with African masks, taxidermy crocodile mounts – and a dark secret: Long ago, Cecilia mysteriously lost her life in the house. Reading Cecilia’s diary and seeing her drawings send shivers down his spine…

“This isn’t exactly the type of mystery in which audiences can follow along and solve the puzzle themselves; but it is simple enough to follow the clues and the solution is logical based on the facts” – Digital Journal