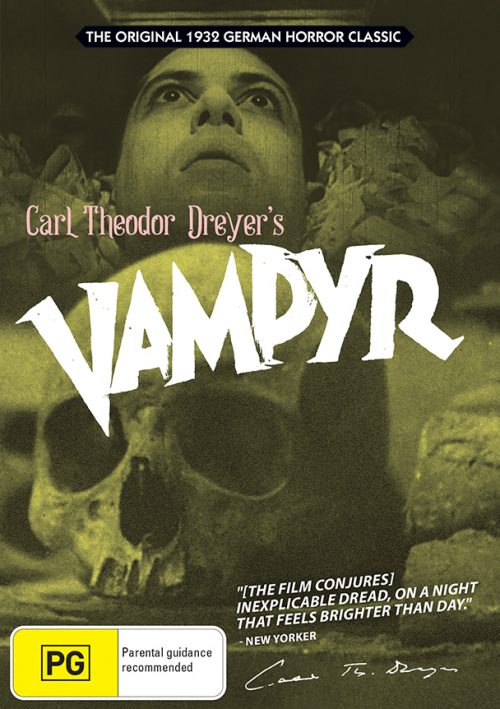 Vampyr ranks in many circles as one of the greatest horror films of all time. Inspired by Sheridan Le Fanu’s Carmilla, the story concerns a mysterious series of killings, committed by a crone of a female vampire (Henriette Gerard). The story is told through the eyes of a holiday reveller (Julian West), who at first scoffs at the notion of a supernatural murderer, but who is eventually forced to believe that there are more things in heaven and earth. Dreyer offers few explanations of the phenomena he presents on screen: the strange and frightening happenings just happen, as casually as any everyday occurrence. As was his custom, Dreyer mostly uses nonprofessionals in his cast. Vampyr is available in a wide variety of severely edited and duped versions.

“[The film conjures] inexplicable dread, on a night that feels brighter than day.” – New Yorker
“Stay with him and you’ll be rewarded with one of the more-unusual horror films you’ll ever see — or films of any kind, for that matter.” – Arizona Republic