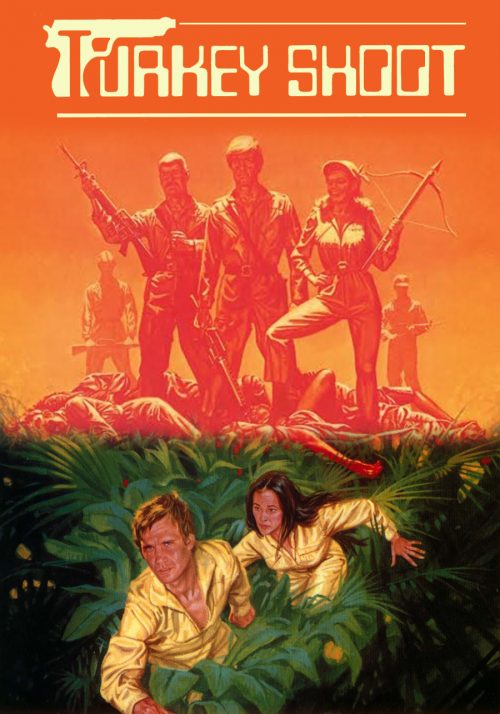 “.. a sadistic melange of cartoon villains, mutant monsters, over-the-top action set-pieces and ultra-violent sensationalism – in fact, the closest that Australian cinema ever came to the spirit of Jess Franco” – Eye For Film

“The film is unbelievably blood-soaked, presumably to divert attention from the trashy script.” – TV Guide,

” Turkey Shoot is a ridiculously fun film made by one of Australia’s best and most original film makers.” – Film Blerg

“It’s amazing how a movie over 30 years old has social commentary that is still relevant today. That’s probably a bad thing.” – Blood Digusting.

In a totalitarian future where deviants are held in rehabilitation camps, a freedom fighter and a wrongly-accused prisoner form an alliance to survive their decadent oppressors’ game of kill-or-be-killed – and turn the tide against them.