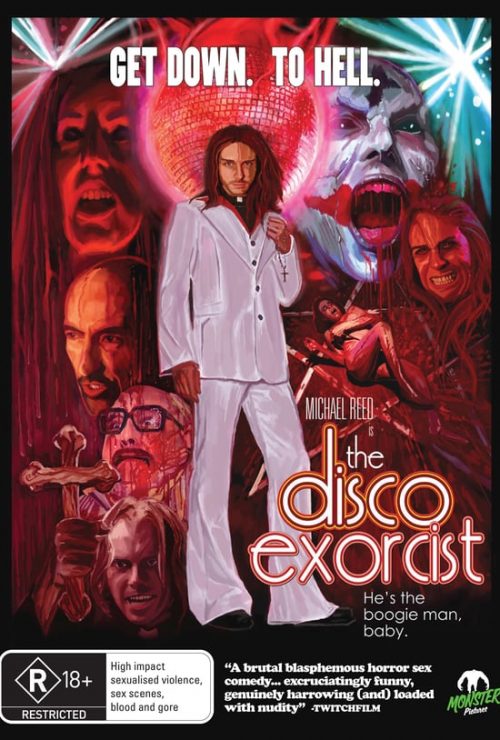 The Disco Exorcist from Bounty Films on Vimeo.

After working his way through most of the disco queens this side of the 70’s, Rex Romanski finally loves and leaves the wrong women in Rita Marie. A Satanic High Priestess, Rita Marie doesn’t take kindly to being dumped and, using her devilish supernatural powers, embarks on a homicidal rampage of revenge, murder, and destruction. Has Rex finally come up against a problem he can’t charm himself out of? Or will he find the disco-balls needed to defeat Rita Marie, and save the soul of his new lady love, adult film star Amoreena Jones, before it’s too late?

“Filled with blood, boobs and a whole lot of boogie.” – Horror-Movies.ca