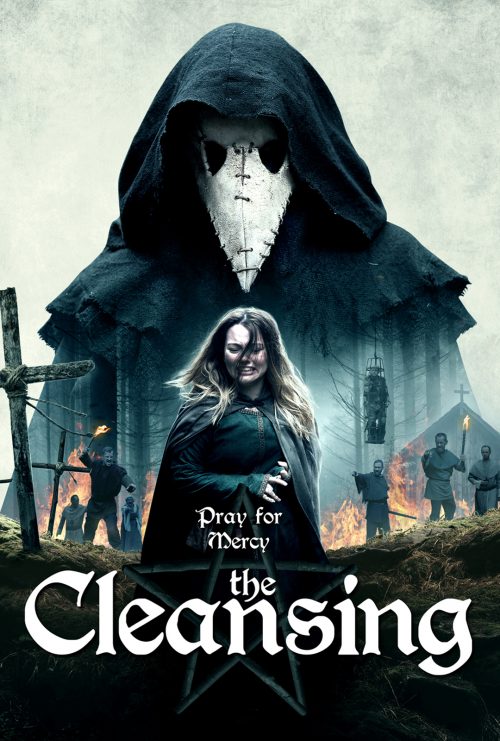 …a slow burn, folky vibe – Dark Eyes of London
“So if you have an urge for some 14th century horror… then The Cleansing is worth a go.” – Nerdly

Set in a small isolated village in 14th century Wales, Alice is a sixteen year old girl who is accused of being a witch and causing the plague that has ravaged the village, taking the lives of many, including Alice’s own father. When it is revealed that Alice has been hiding her mother’s infection, she is forced to watch The Cleanser, an ominous masked figure, brutally dispatch her mother. The town preacher and de-facto leader Tom has eyes for Alice, and subjects her to five torturous trials after she spurns his advances. Escaping the night before her execution, with the help of her mother’s friend Mary, she flees into the forest and discovers the secluded hut of a mysterious healer, with his own troubled past and demons to face. He nurses her back to health, and teaches her how to exact revenge upon those that persecuted her.