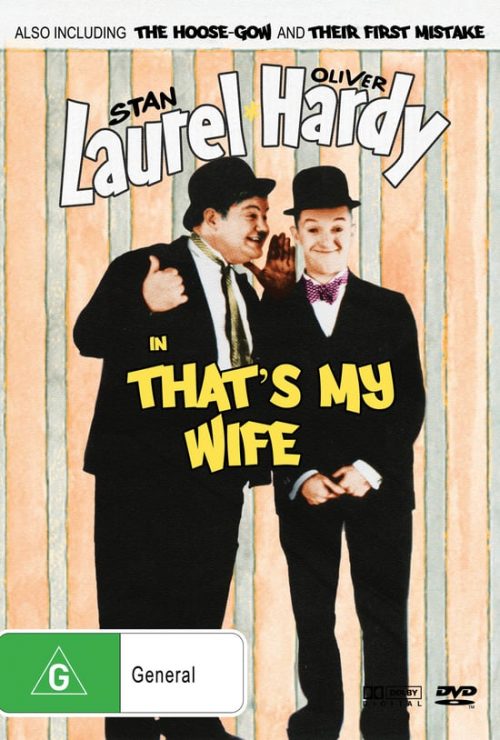 That's My Wife from Bounty Films on Vimeo.

The Hoose-Gow – Stan and Ollie arrive as new inmates at a prison after apparently taking part in a hold-up raid, a raid they tell a prison officer they were only watching. After attempting to escape and giving themselves up after the officer shoots them in the seats of their pants they are sent to dig ditches with other convicts on work detail. After sitting down to eat at the officer’s table and chopping down a tree being used as a watchtower, they accidentally puncture the radiator in the prison inspector’s car with a pickaxe and then stupidly try to patch it with rice on the advice of another convict. The rice boils up and spews out after the engine is started. This starts a rice-throwing melee with the visiting governor and his party.

Their First Mistake – Mrs. Hardy is irate that her husband Oliver spends more time with his friend Stanley than with her. Oliver decides to adopt a baby, hoping that it will keep his wife occupied so that he and Stanley can continue to carouse. But upon returning home with the infant, they find a process server with a divorce summons, and spend a sleepless night caring for the squalling baby.”