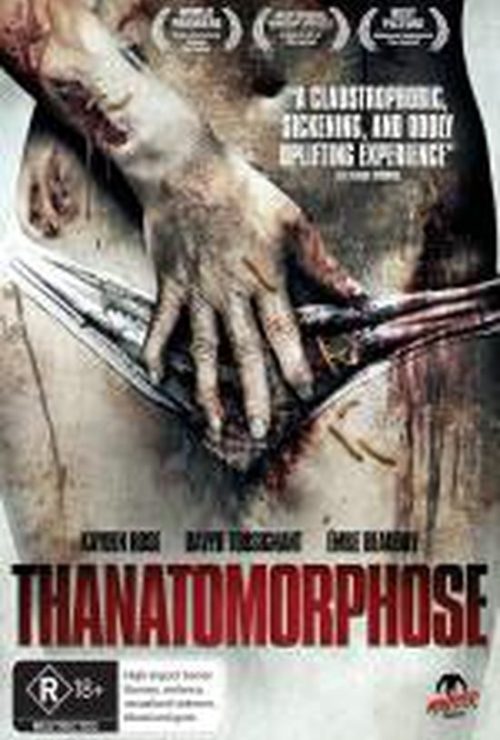 A Cronenbergian smorgasbord of rancid flesh and sexual gratification, THANATOMORPHOSE is a modern day body horror that picks up where Nekromantic left off. Discovering several bruises on her body after a night of rough sex, a young woman is shocked as, rather than heal itself, her body begins rotting around her. Swept up in the sensual pleasure and physical arousal caused by her slowly decaying carcass, the woman desperately tries to cling to her new existence – even as the putrid, decaying meat sack that was once her body begins to literally ‘fall off the bone’. A strange and claustrophobic tale of sexuality, horror and bodily fluids, THANATAMORPHOSE is a tasty treat that will have your gag-reflex working overtime.

“A Claustrophobic, sickening, and oddly uplifting experience” – All Things Horror