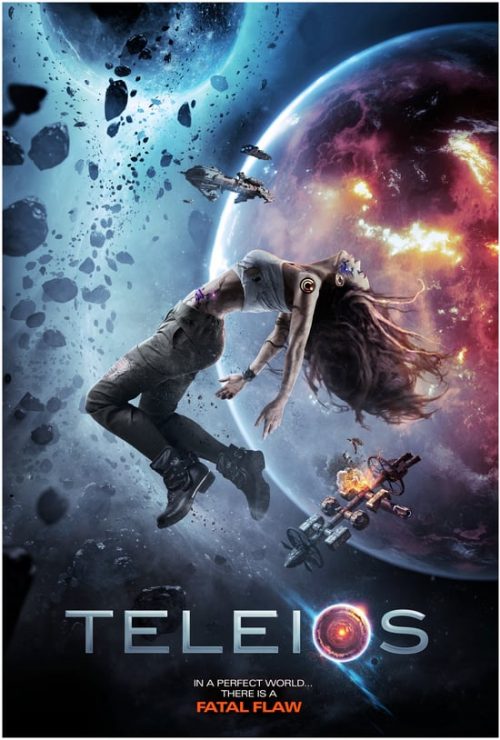 The crew of the ship Teleios, comprised of genetically modified humans, is sent to retrieve the cargo from a mining ship adrift in deep space. It is suspected the crew brutally killed each other, but the reasons unknown. However, when they investigate the crew of Teleios find there are two survivors, one member of the crew and an artificial life form unit. The memory of the AI unit appears to have been erased and Travis O’Neill refuses to talk. The genetically modified humans are breaking down and learn that the only way to reduce the symptoms is to drink the blood of an unmodified human. The crew discuss the possibility of drinking the blood of the man they believe maybe a serial killer, or may be completely innocent.

“It asks the kind of questions only science fiction can answer: questions about humanity, genetics, and how technology impacts the human condition.” – Nerdly

“Teleios is a stunning and luscious visual experience with images that are captivating and drag you into the film’s deep space world.” – We Are Indie Horror

“Apart from the solid special effects, costumes, and plotting, Teleios goes the extra mile by actually being a thought-provoking piece of sci-fi.” – Outerplaces.com