Sartana in the Valley of Death – Bounty Films Skip to main content
Close Search
View cart “Scarlet Street” has been added to your cart. 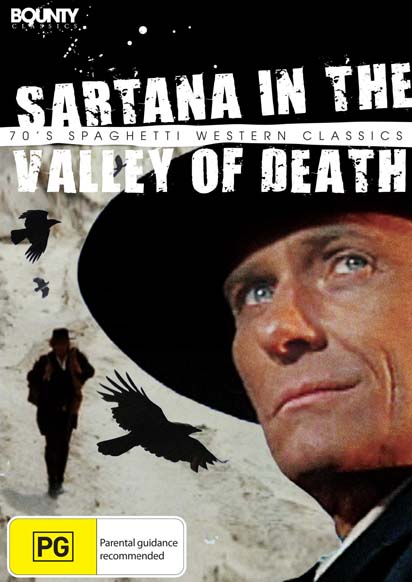 Sartana in the Valley of Death

One of seventeen sequels to Gianfranco Parolini’s 1968 spaghetti western Sartana, this slow-moving entry has very little, if anything, to do with the series. The story concerns gunman Lee Calloway (William Berger), who agrees to help three outlaws break out of jail in exchange for half of their stolen gold. Calloway carries through with his end of the bargain, but the outlaws betray him and leave him in the desert to die. After wandering for days, Calloway is rescued by Esther (Pamela Tudor), who nurses him back to health only to trick him as well in order to collect a reward for his life.