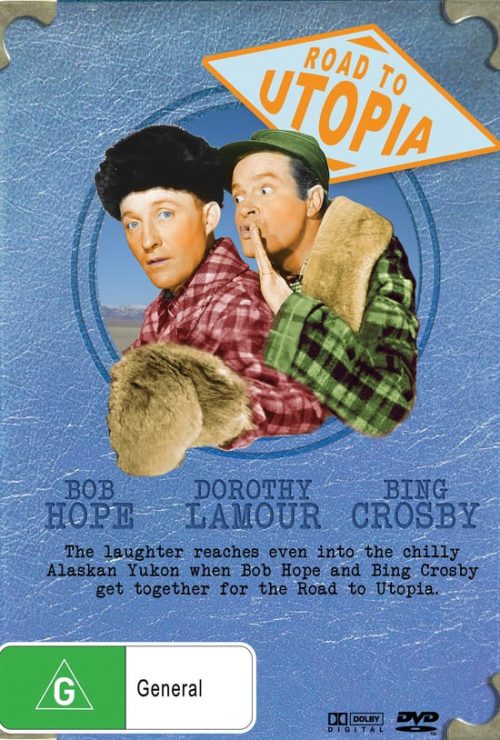 Road To Utopia from Bounty Films on Vimeo.

At the turn of the century, Duke and Chester, two vaudeville performers, go to Alaska to make their fortune. On the ship to Skagway, they find a map to a secret gold mine, which had been stolen by McGurk and Sperry, a couple of thugs. They disguise themselves as McGurk and Sperry to get off the ship. Meanwhile, Sal Van Hoyden is in Alaska to try and recover the map; it had been her father’s. She falls in with Ace Larson, who wants to steal the gold mine for himself. Duke and Chester, McGurk and Sperry, Ace and his henchmen, and Sal, chase each other all over the countryside, trying to get the map.