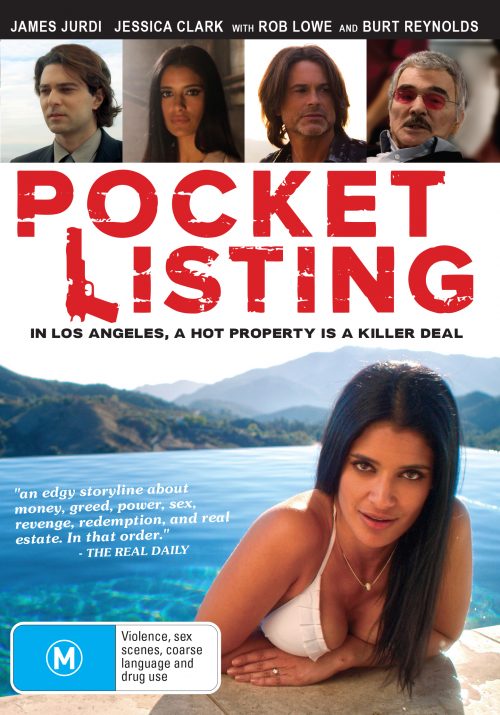 A darkly comic, modern-day film noir set in glamorous Los Angeles, follows the rise and fall of a hot-shot broker named Jack, as he starts off at the top of his game but winds up as a downtrodden slumlord of a poorly maintained tenement.  After a lien is set on the Downtown building and Jack is given a 30-day deadline, he springs back into action and tries to land an under-the-table, fast-paying gig.

In comes Lana, a seductive mystery woman who makes him an offer he can’t refuse: the chance to quietly market and sell a prime-time Malibu beach house, which at first seems like an easy deal to close but turns out to be much more than expected.  Double crosses, adultery and murder is all in a day’s work when you need to close a killer deal.

Your digital copy will be emailed to you within 24 hour working hours of your purchase.