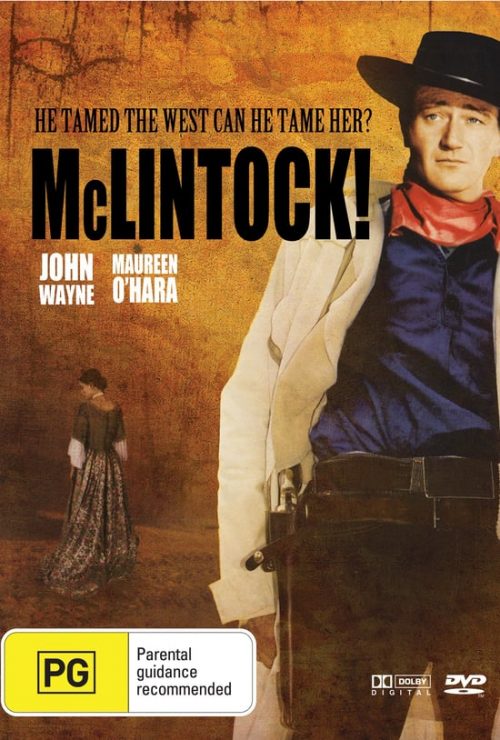 McLintock from Bounty Films on Vimeo.

George Washington McLintock, “GW” to friends and foes alike, is a cattle baron and the richest man in the territory. He anxiously awaits the return of his daughter Becky who has been away at school for the last two years. He’s also surprised to see that his wife Katherine, who had left him, has also returned. Between his wife, his headstrong daughter, a crooked land agent and the thieving government Indian agent, GW tries to keep the peace and do what is best for everyone.