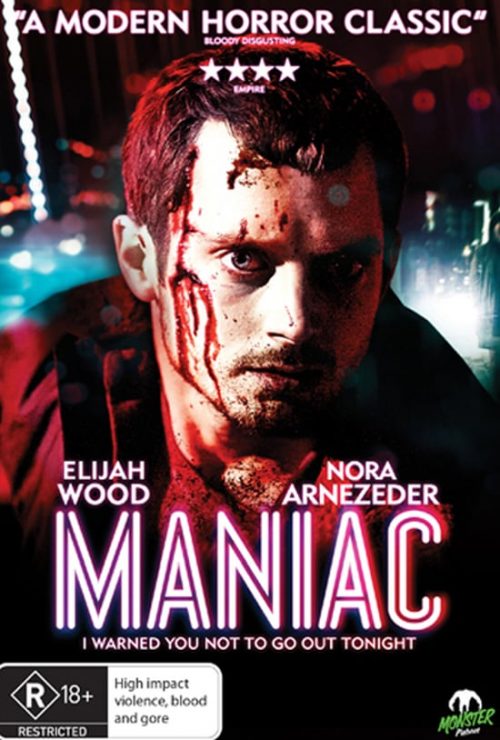 Maniac from Bounty Films on Vimeo.

Elijah Wood turns in the performance of a lifetime as Frank, a shy unassuming young man with a terrifying hobby. When not managing his mannequin store, Frank enjoys stalking, then scalping young women. When he meets Anna, a beautiful young artist who asks for his help with her upcoming exhibition, Frank desperately tries to keep his homicidal instincts in check, but as his affections for Anna increase, so too does the urge to kill. Brutal, bloody and brilliant, MANIAC takes the sleaze and grime of William Lustig’s original ground-breaking horror film and imbues it with a far more polished, almost European-like sensibility. Merging shocking acts of violence that border on the pornographic, with an intimate, visually daring, and psychologically complex soul, director Franck Khalfoun has created a modern-day horror masterpiece this is “guaranteed to get your blood pumping – right before it starts dripping down your forehead!” You dare not miss MANIAC!

“A creepy experiment that stays with you.” – Miami Herald