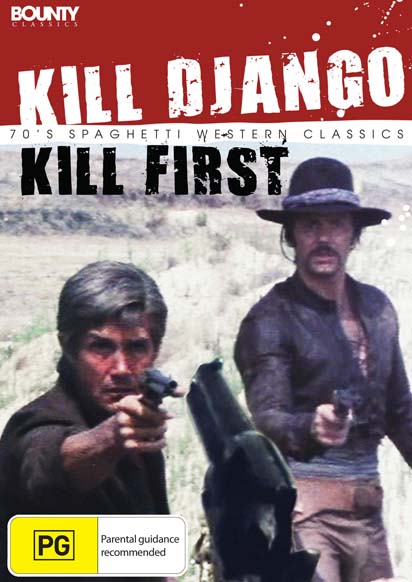 On the road into town, Johnny is attacked by two bandits. Beating them on the draw, he heads into town to get the sheriff. Returning to the scene of the crime, a reluctant sheriff in tow, Johnny discovers the two bodies have disappeared. Deciding to stay on and attempt to solve the mystery, he befriends an old prospector and helps him protect his claim from the unscrupulous banker Burton (Aldo Sambrell – Shaft In Africa, A Man Called Noon) who has been using methods both fair and foul to buy up all the gold-rich land in the area. An ambitious man, not used to being thwarted, Burton makes use of a gang of vicious killers and a Mexican sword master (George Wang – Hot, Cool and Vicious) he keeps locked in an underground cavern, to even the odds. Luring Johnny away, Burton’s gang kills the old prospector and all that’s left is revenge. Aided by a traveler with no name, what follows is some of the most over-the-top violence ever committed to film as Johnny and Company destroy Burtons network of thugs and killers. …Kill Django… Kill First